I’m not sure if this is a faux pas or not, but I’m doing my backyard for the spring One Room Challenge 🙂 I really wanted to participate as a guest participant again because I love the extra motivation and camaraderie, but I really just don’t have a space that needs works in the house AND that I want to work on right now. We’ve had a lot of plans for our backyard for a while now, though, so the timing is right.

We’ve been here for about a year and a half now, so we’ve been through one summer. Unfortunately, though, last spring/summer I was trudging through a rough pregnancy and hugging a toilet most days, so we didn’t touch the backyard. In fact, everything I had planted or bought died. Quickly. I told Mike that I was only committed to keeping a fetus alive. 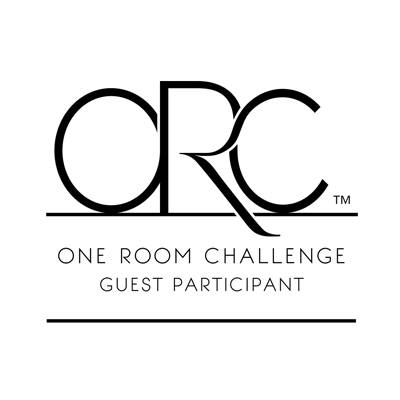 I’m not working with any sponsors this go-round because I didn’t want to be beholden to any deadlines or requirements. Basically I am setting the stage here for me to maybe miss a week because I am too overwhelmed or busy 🙂 Sorry in advance! This is the first major project I’m taking on since Ramona came, so I’m not sure how it’s gonna pan out!

So here’s what our backyard looks like. It’s small but has lots of potential. 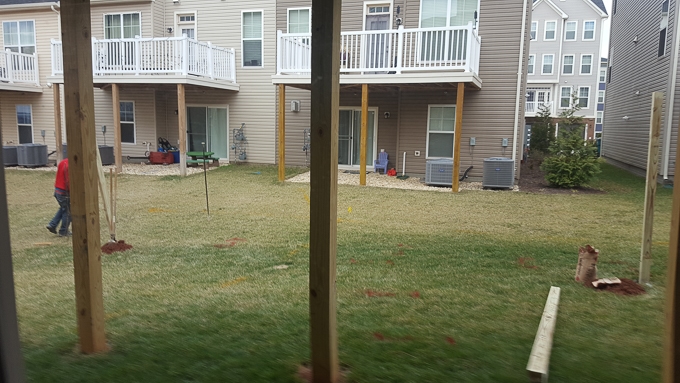 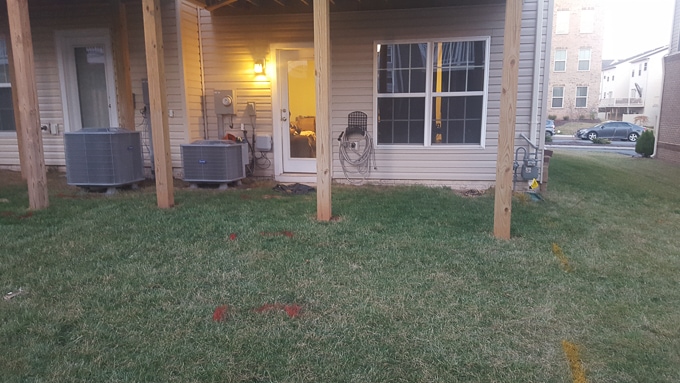 My dad put up the second-story deck, which is what those three pieces of wood are holding up. Most of these homes come with decks, but we bought a spec home without a deck, so that was one of the first orders of business right when we moved in in 2016. (He is a licensed contractor, and we are very lucky he was able to work on it for us between his real jobs!)

The space underneath the deck, however, leaves a lot to be desired. One of the grossest areas is the area around the air conditioning unit. It’s a mess of dirt and grass that never gets cut and wires and that random planter I threw there when I let everything in it die last year. And a piece of tile and the grill cover. OMG. So, of course this is exactly where the cats run to when we take them out back for a little play. 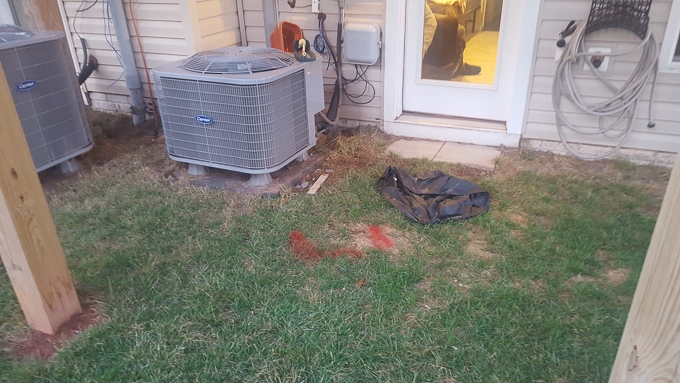 It’s also right next to our neighbor, which might bother a lot of people, but it doesn’t bother us. Our neighbor is really cool and has a darling little girl that I just wish were a little closer in age to Ramona! But the cats also like to hide under her air conditioner, too. 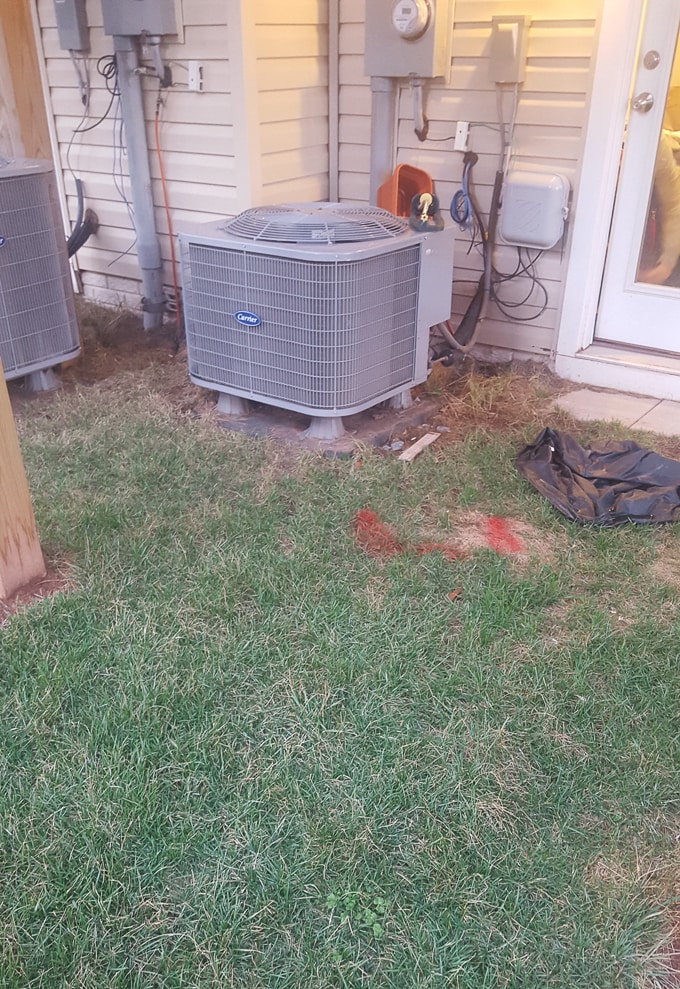 One of the first orders of business was putting up the fence. Mike wanted a fence from the beginning. I wasn’t sold on it. Then a lot of fences started popping up and I warmed up to the idea. It was also a lot more affordable than I’d expected it to be.

So I caved. And I am so glad I did! Here are all of the pictures of the yard with the fence in. 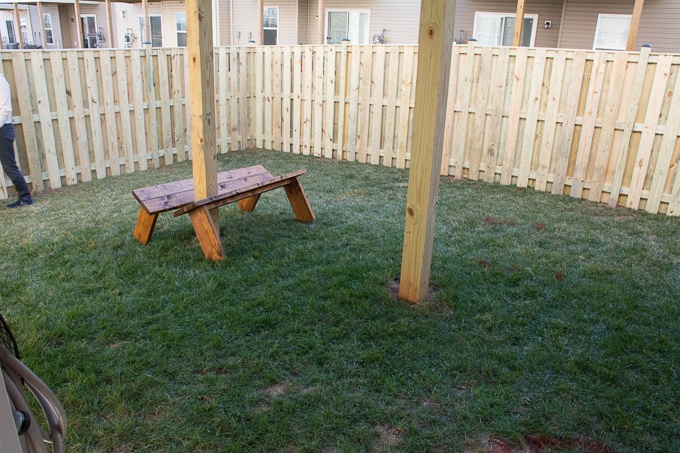 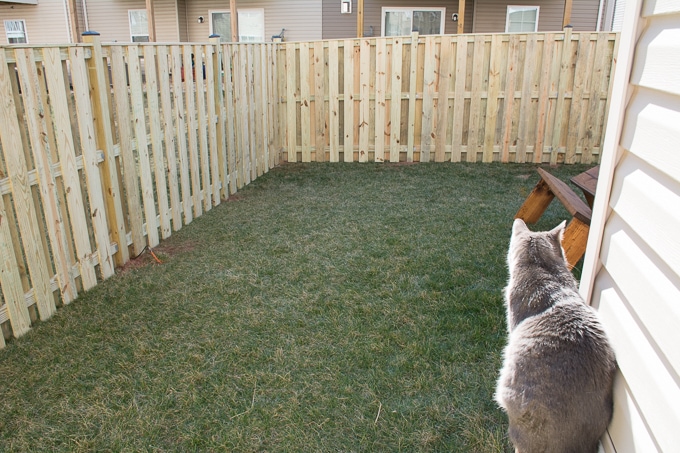 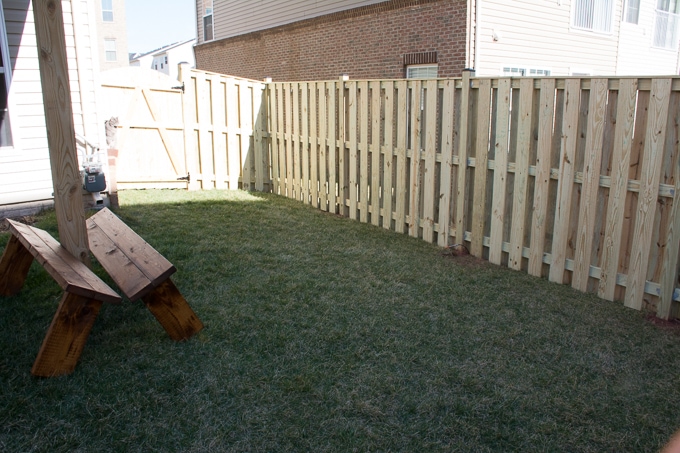 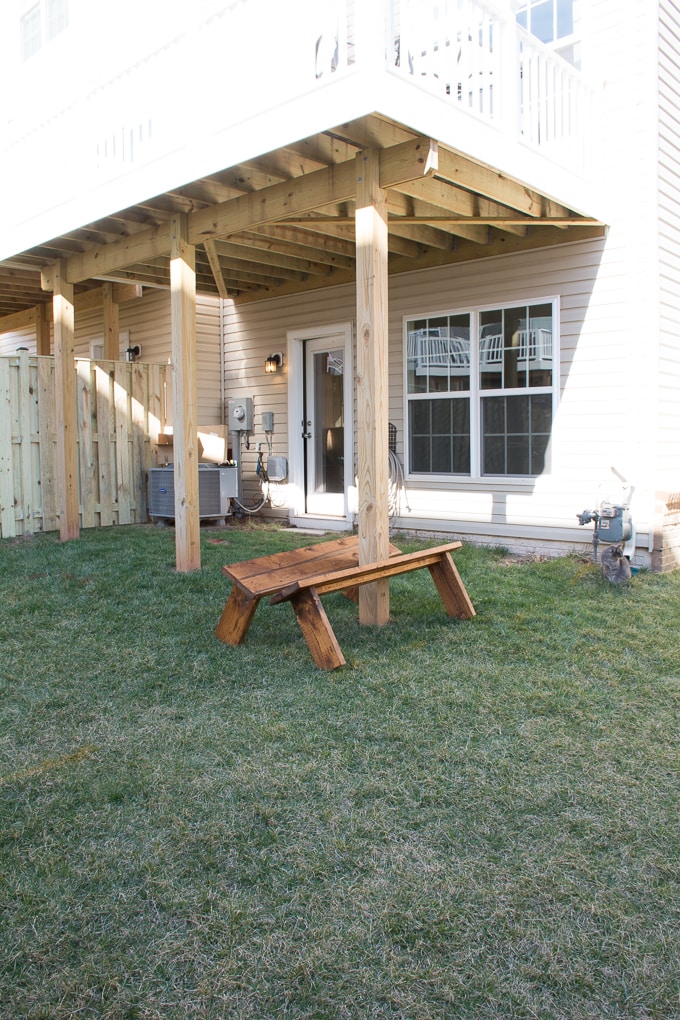 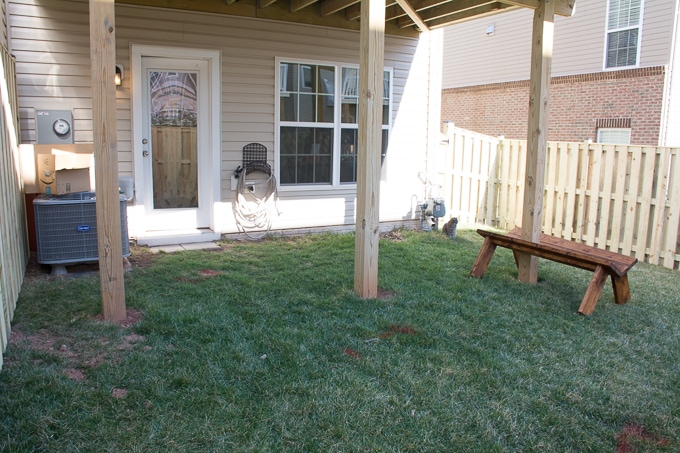 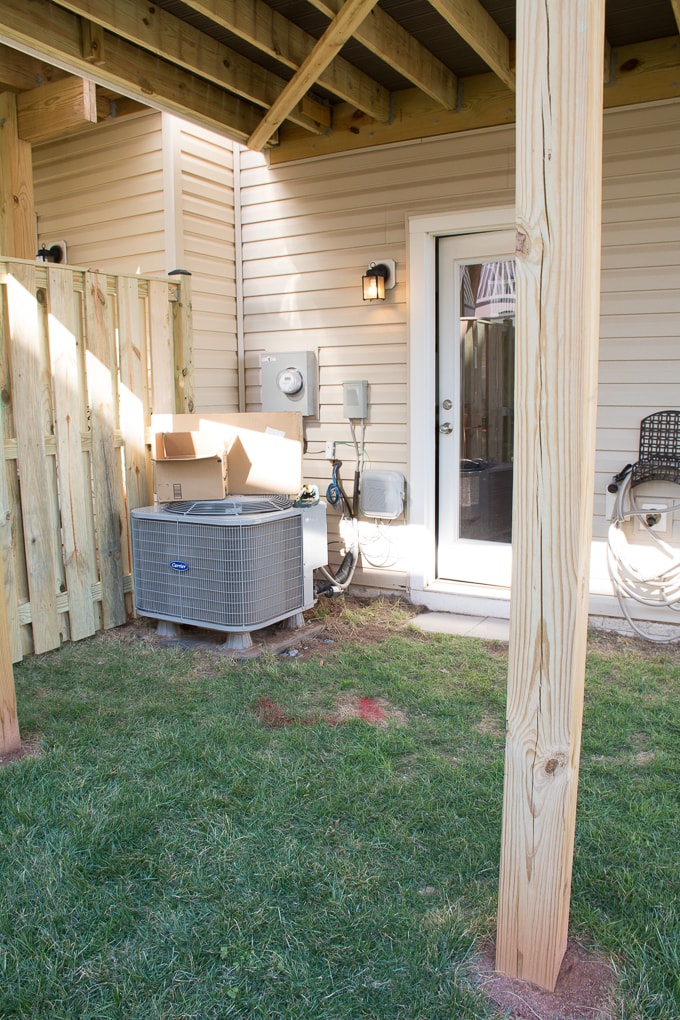 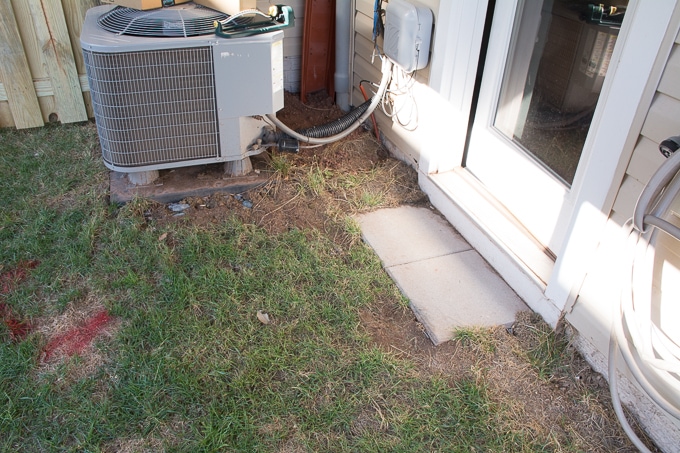 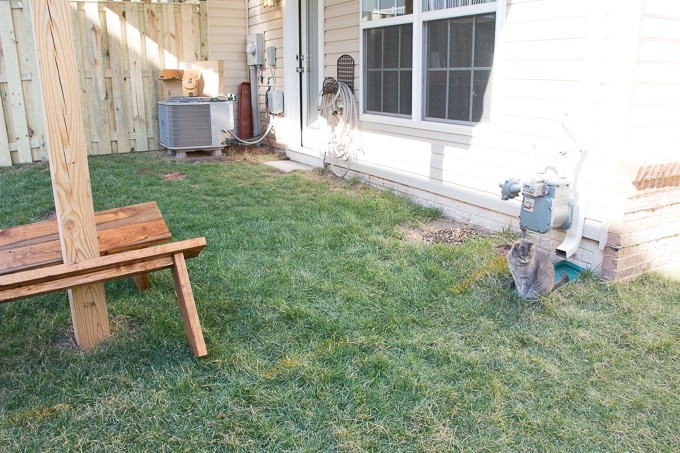 Some of you might be looking at this and thinking, wow, that is a tiny backyard. But we think the opposite 🙂 It’s the first yard we’ve ever had, and we actually think the fence makes it look bigger than it looked before. We actually gained several feet of space that we thought was common space, too, so that was a nice bonus. I think it will be good not only for us, but for resale.

Now that the fence is up, here’s what we want to do.

Next week—the deck! It’s a major anchor project, so we don’t really want to do much until that’s done. Until then.

You’ve got a great blank canvas space to work with. Can’t wait to see what you do!

This is our Bliss

Small backyard space is better than NO backyard space! I love what you've got to start with and can't wait to see this space transform. I know it will look fab and be an area you'll love spending time in!!

I so wish I could do an outdoor space! It's still snowing here in Minnesota! I can't wait to follow along! I love what you do!

Having that fence up will be so nice for your daughter! You've got an awesome blank canvas back there - I can't wait to see what you do with it!

So glad to see you back, Brittany - I always love your designs and can't wait to see what you come up with!

Comments are closed.
Comment spam is the worst. And it's why I had to turn off comments on my posts that are older than a few weeks. If you see a spot to leave a comment, please do. If you don't, I still want to know if you have a question! You can hop over to my Instagram and leave a comment or send me a direct message. Thank you for visiting and reading!
+++
This blog's content is for entertainment purposes only and is not professional advice. By reading this blog and attempting to re-create any content shared on it, you assume all responsibility. Read my full Terms of Use here. Be safe out there!

Hi! I'm Brittany. This is my modern DIY home and houseplant blog. I'm a maker who loves greenery, cats, Ikea, and naps. I hope I can inspire you with ways to infuse creativity into everyday life.
43 shares